Home | So you want to innovate like Steve Jobs?

This week I had an interesting conversation with my office mate, Peter Tunjic, about innovation. Peter likes to point out that most management theories are like the Emperors new clothes – and there is usually a competitive advantage in questioning and rejecting the theories. 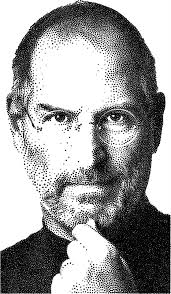 So this weeks conversation was on how Steve Jobs innovated.

So lets set the scene with some facts – Apple paid a minor dividend until 1995 at around 10-12c a share, then discontinued the plan. The dividend plan was only restarted in 2012 after Steve had stepped down as CEO, and was then run at $10-$12.  Peculiar no?

So what happened?  You could argue that the answer is hundreds of years old, so some history first.  When chartered companies first started to appear in around 1,600 they were formed with a specific monopoly or charter, given by a royal family or parliament. Fast forward to around 1844 and legislation appeared in Britain around forming companies, so that anyone could do it and have their own agenda. When a company was formed, it was called “incorporation”. ie it was considered a body in its own right (corporal form). Early companies couldn’t own other companies because of course that would be considered slavery!  Shareholders, were simply the people that gave the company money so that it could operate, and they did so hoping to get a return. The company was pre-eminent, not the suppliers of cash.

Fast forward to 1970 and a peculiar management theory started to take hold that went along the lines of “the purpose of the company is to increase the wealth of the shareholders”. This position was obviously highly popular amongst the masses who were investing, as they were now perceived as being more important than the company. Executives also loved it because no one would complain how much they earned, if the shareholders were making a good return. Even if the dividend was sucking badly need resources out of the company.

Today the concept of investors first, is gospel. Even if it regularly doesn’t make sense. i.e. how can you have strategy to increase the wealth of shareholders (not some but all), when under modern trading conditions some can be on the shareholders register for a tenth of a second and others for a decade.? Why also should a company weaken itself, giving away hard won cash to people who usually  aren’t the initial investors and therefore haven’t added value to the company?

So Steve Jobs rejected this investor first gospel and embraced the older company first idea. He repaid the cash of initial investors through dividends, but once done he ceased paying dividends as giving away cash made Apple weaker, not stronger. This strategy helped build the biggest publicly traded company in the world, with cash reserves larger than the UK treasury.

So if you want to innovate like Steve Jobs, question the basics of everything you do.